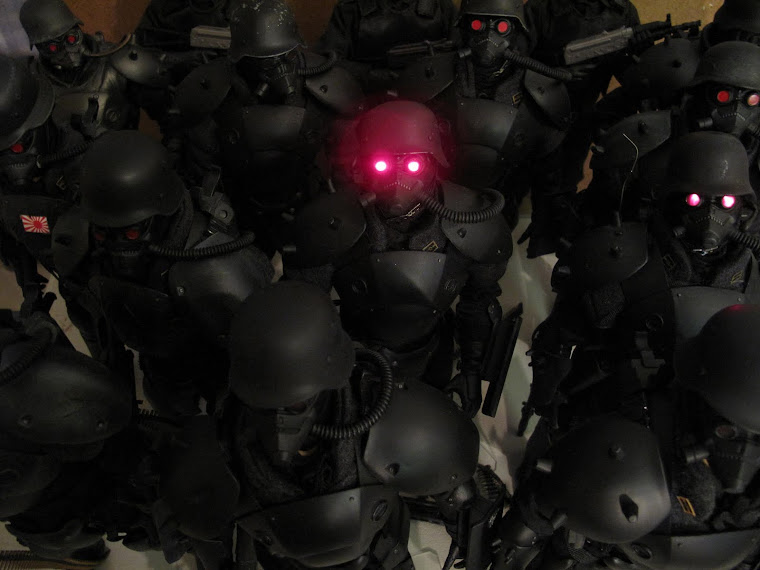 While in games and movies characters with body armor are very common, characters with glowing eye goggles are common, characters dressed all in black are common and characters based off German military designs are common, the Kerberos Panzer Cops were the first to blend them all into one very cool looking character design. The image of the hard shell mask, breathing tubes, helmet and red glowing eyes has become very iconic, and some franchises (in particular Killzone) have downright copied the look, and with the success of such franchises many more have appeared (particularly in the gaming industry) with similar looking designs. Of course, there are also many designs that are unintentionally similar, and some characters that bear some resemblance such as Darth Vader pre-date the Kerberos design.
So why are there so many similar looking characters out there????? Because 'the look' is just so darn awesome, and I love it all! So I thought I'd dedicate this post to the top 20 (imo) Jin Roh lookalikes of the world (real and fictional) for your viewing pleasure... 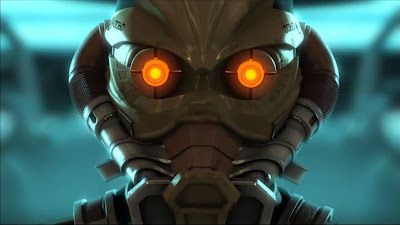 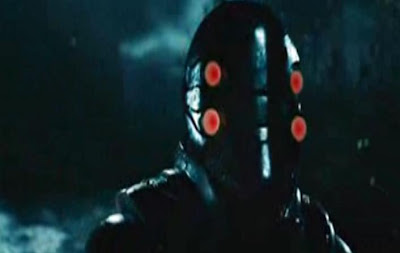 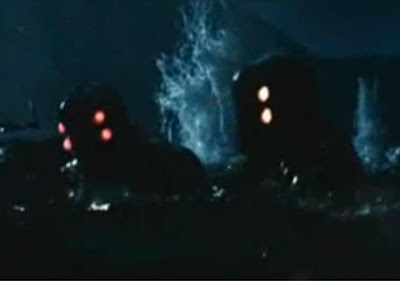 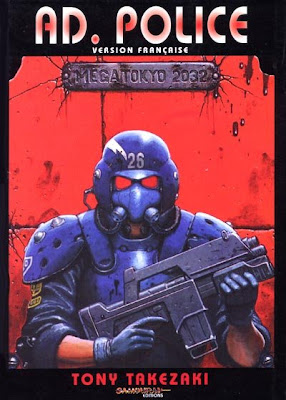 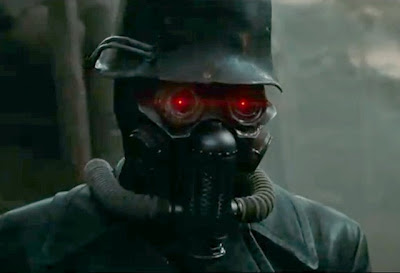 5: Helghast from: Killzone (game series). Almost a direct copy of the Kerberos mask. And everyone thought it was so original in the west. If only they knew the truth... 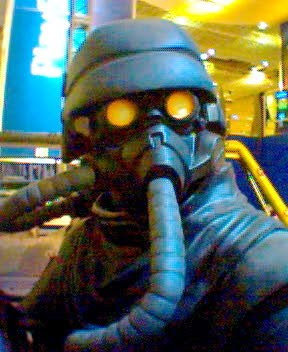 6: Waffen SS Panzer Daemon from: Operation Darkness (game). What is it with Xbox and Jin Roh rip-offs?! 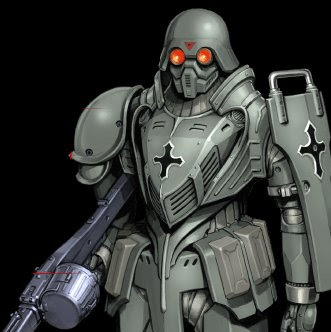 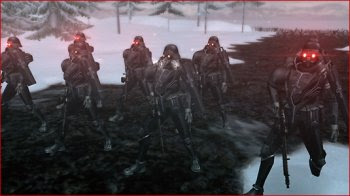 7: Russian Spetsnaz from: Hitman (movie). A lot of folks actually thought these were Kerberos Protect Gears. Seriously, about 5 people said that they saw the Kerberos turn up in Hitman. It's easy to see why... 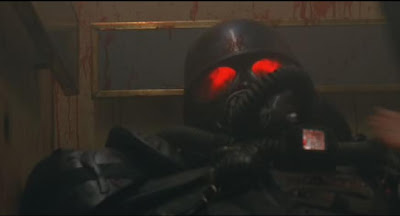 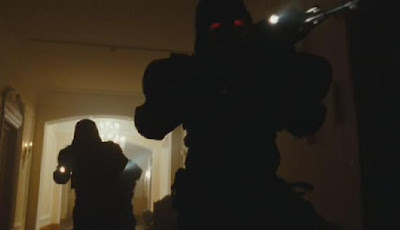 8: Deep Eyes from: Final Fantasy: the Spirits Within (movie). OK, so they aren't that similar, but those glowing eyes just bring Jin Roh to mind every time I see them 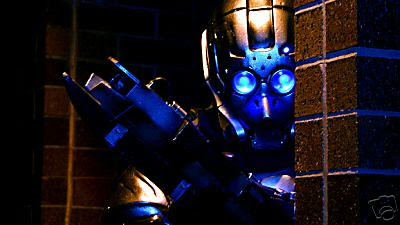 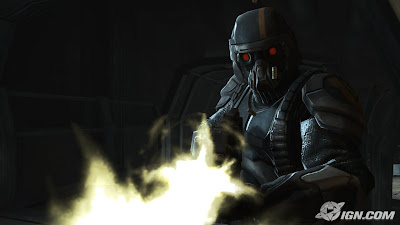 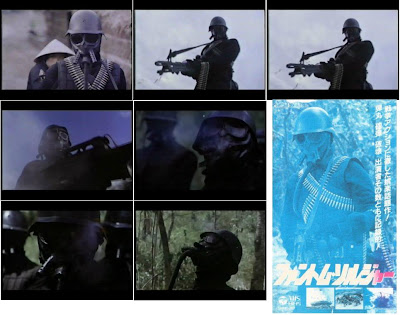 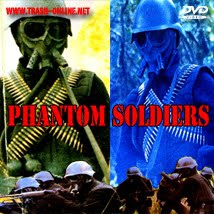 11: Ubersoldat from: Wolfenstein (game series). Erm, wasn't he number 6 in the list? No? Gah! They all look the same! If you see a guy wearing armor and glowing goggles in a game just shoot him, he is obviously a generic bad guy... 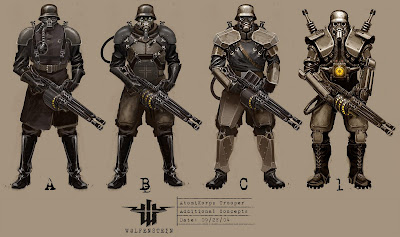 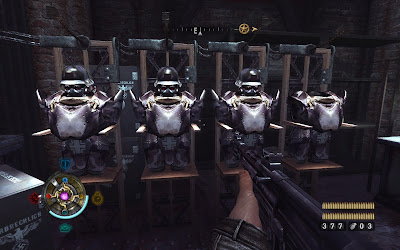 12: Firespectre from: a comic (I think). Never read into the background, I just call him Kerberos fireman.... 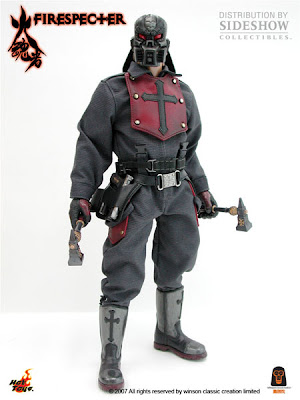 13: Orc armor from: Appleseed (anime/manga series). Hang on, wasn't this in Turok? 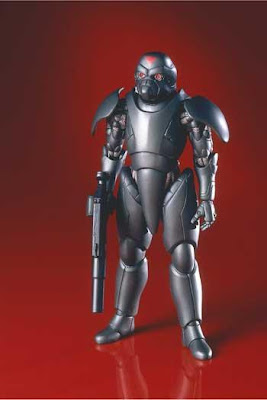 14: Last battalion soldiers from: Images of the Last Battalion (short film). No surprise these look like Kerberos, the guy who made the short film was inspired by Kerberos Saga and the short film got Mamoru Oshii's approval. 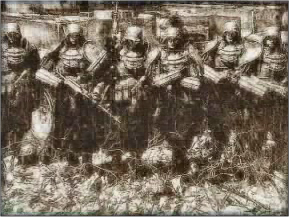 15: Major Maxim from: Danger Girl (comic or something, I dunno). Need a bad guy but you have no idea how to design him? Just take a German officer and give him a gas mask with glowing red eyes and breathing tubes. voila! 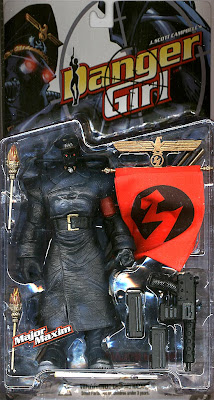 16: Tokyo Police from: Tokyo Gore Police (movie). OK, not that similar, but they look cool and have red eye lens goggles. And armor. And they are dressed in black. And they are violent police. OK, so they are similar. 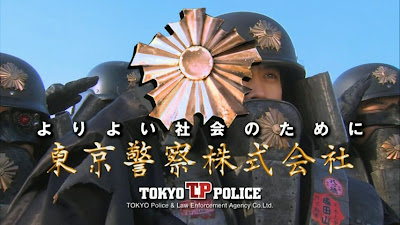 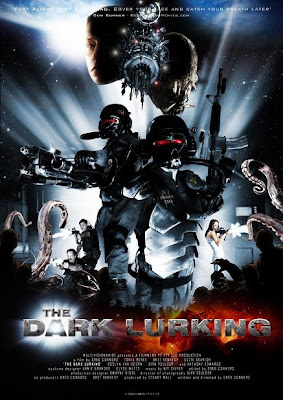 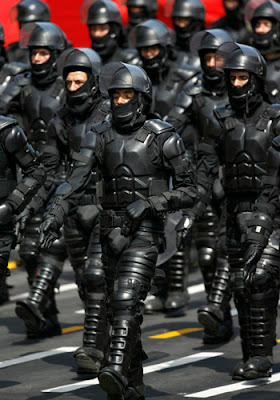 19: Darth Vader from: Star Wars (movie, novel, game and comic series). Probably the most obvious influence on the Kerberos design, Vader's iconic mask is embedded in pop culture the world over. 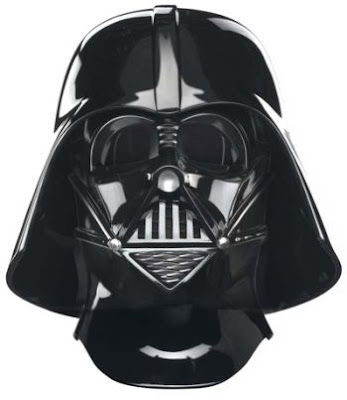 20: The main character from: Fallout: New Vegas (game). Because video games must now include glowing eyed, gas masked, helmeted, gun toting characters for their posters, coz, you know, they look awesome and stuff. 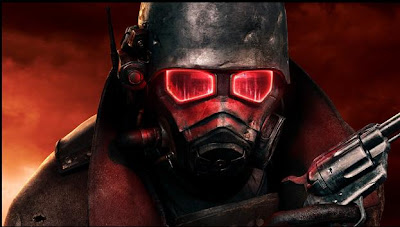 And of course all these are based on german soldiers from: wwi and wwii (history). 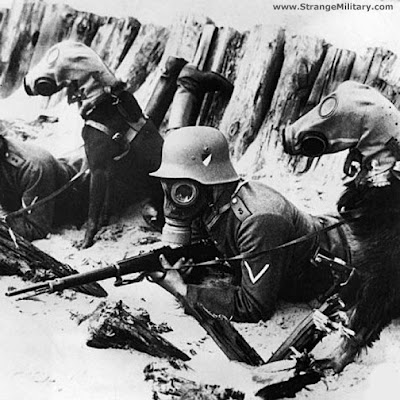 So there is my list. Do you disagree with any of my choices? Or do you have suggestions for additions to the list? Let me know in the comments!
Posted by jaztermareal at 02:31